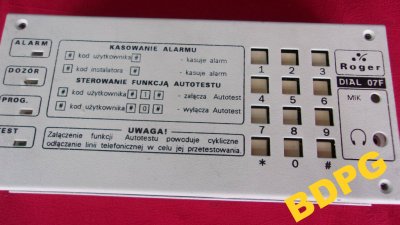 Many collectors, even seasoned ones, may not have heard of Campanola. It is a division of Citizen Watch company, and provides a rather interesting offering to the watchmaking industry with a blend of Swiss and Japanese tradition and technique. We attended the launch of the Campanola to the South East Asia market in Kuala Lumpur recently, and bring you the first of our reviews of the fascinating products. Presenting the Campaola Ryuga, a mechanical watch with a Swiss movement, but made in Japan with traditional urushi techniques.

The Campanola Ryuga, a massively beautiful timepiece. It is trimmed as necessary, and another section advances. The brush is used to apply urushi to the object, in this case the doal of the Ryuga. Campanola is a division of Citizen Watch company, and represents their dream of reaching haute horlogerie levels with the creations.

Interestingly the name Campagola has Italian origins. It is not clear why a Japanese brand should choose to call their line after the region of Campagnia in Italy, and the town of Nola.

The logo of a pair of bells is representative of this Italian town, which is within the Municipality of Naples. The main design elements running across the entire brand is the DNA of multi layered dials, of curved glass surfaces, and unique hands.

We focus on the Mechanical Collection, which itself comprise of a standard line of three hand watches and a line of chronographs. The standard line currently comprise of four watches, two with electroformed dials and two with urushi dials.

This review is of one of the urushi dialed standard line called the Ryuga. The subject of our review is from the urushi collection which is part of the standard range within the Mechanical Line of Campanola. The watch features a hand made urushi dial made by a traditional Japanese urushi master — Master Tetsuo Gido. The Campanola Ryuga with the amazingly beautiful urushi dial with mother of pearl inset.

The dial is the piece de resistance of the Ryuga. The dial starts as a brass base, and is hand treated with the most traditional of Japanese urushi from the Aizu city in the Fukushima prefecture. The technique of the urushi has over years of tradition and today only 39 official artisans of this artform exist in Aizu. Campanola uses Master Gido to provide all the urushi work on the dials. Each dial is hand crafted by Master Gido, and is also named by him using a technique while traditional, is adapted with innovations by Master Gido.

Urushi master Tetsuo Gido was born in Aizu Wakamatsu city in Master Gido has been producing Campanola lacquered dials since We will cover the manufacture of the dial in a separate article soon watch this space! Urushi is lacquer from tree sap of the Japanese Lacquer tree. The sap is tapped from a tree which has taken 20 years to mature, and can only produce sap for about 6 months once the tapping begins.

After that period, the tree is exhausted and dies, and is cut down and another is planted in its place. Each tree can only produce about ml, and the annual production of Aizu urushi tree sap is only about 8 to 10 kg.

The Ryuga dial is hand crafted by Master Gido in Aizu urushi with inserts in mother of pearl. The dial is truly a work of art.

Master Gido carefully places up to 5 layers of lacquer on the base, which is electroformed brass. Each layer is left to dry before the next layer is applied. This process takes up to a whole month. The next step, Master Gido applies each piece of the Mother of Pearl by hand, selecting the shape, colour and creating the pattern.

When he is satisfied with the layout, the entire dial is once again coated with urushi. As traditional urushi is black, it completely covers the patterns, and the dial looks a uniform black at this stage. He then polishes the surface urushi by hand until the Mother of Pearl just shows, and evens the dial surface out.

Then dual applies a thin clear coat, and this is the final product. The entire process takes about 4 months of elapsed time to complete. 07ff case follows the dictates of the design language of Campanola. The base of the case is slightly rounded to hug the curves of the wrist, allowing even large watches sit nicely.

The Ryuga is not very large at 42mm in diameter with a 14mm case thickness, so no additional features are fitted. For larger Campanola cases, two small curved articulating flaps are fitted on the underside of the case, to provide a smooth, curved transition between the case bottom and the lugs to improve wearing comfort.

This is not essential in the Ryuga, the gentle curved case bottom is sufficient to feel comfortable on the wrist. The Campanola Ryuga cas is curved, and looks elegant even though the thickness sial 14mm and the case diameter is 42mm. 70f urushi dial forms the central part of the dial, and several concentric rings surround this lacquer medallion. From this central urushi dial, a ring is attached which bears the seconds markings.

This ring secured to the dial by another Campanola signature: Further outwards of this ring is another bowl shaped ring bearing the 5 minute markers. The tens are marked in Arabic while the others are with bars. The dial proper central and is coated with urushi with Mother of Pearl inserts.

Two concentric rings surround this urushi central medallion. One bearing the seconds markings and secured by four visible screws. And another bowl shaped bearing the 5 minute indicators. The outsized double date is also framed. The hands are also manufactured in-house in the Campanola facilities in Japan. Unlike most Swiss manufactures, where the case, dial and hands are made by specialist contractors, Citizen craftsmen manufacture these themselves.

The hands are made by hand by skilled artisans in the Citizen factory.

The minute and hour hands are lancet shaped, but faceted and polished. The minute hand features a cutout to lighten the look as well as the weight of the hand. A power reserve indicator showing the 42 hours in an arc is placed below the central pivot of the hands.

The second hand is central and slender and elegant. An outsized double framed date adorns the dial at 12 completes the look. The movement is Swiss…we find it a bit uncharacteristic of the Japanese to use a Swiss movement. But as Citizen owns La Joux Perret, the use of the base caliber is perhaps logical. The La Joux Perret is a workhorse base movement with a 28, bph escapement and features a big date, a power reserve, a hacking central seconds hand. The movement has a power reserve of 42 hours.

It is neither particularly spectacular nor plebeian to look at, but the movement is made in Switzerland, and finished in Japan by Campanola craftsman. Campanola re-designates the movement caliber as Y, As observed from the case back, the movement is smaller than the 42mm caase diameter would require, and we suspect a movement ring is used to affix it to the case.

The movement is Swiss made, but finished in Japan. We judge the finishing through the sapphire case back as competently engineering level of finishing. We fail to observe any artisanal finishing typical of haute horlogerie watches in the Swiss or German genre.

As a mitigation, the pricing of the Ryuga is not priced at the typical haute horlogerie levels of the Swiss or Germans, and perhaps justify this level of engineering finish. This was a limited edition set of three watches, decorated with pine tree, bamboo, and plum tree designs, all symbolizing longevity and loyal friendship in the face of adversity.

Each watch has a double face, lacquered using the maki-e technique. The main design of the tree on the front of the watch is matched by a bird design on the back, facing the wrist.

The pine is matched with a crane, the bamboo with a sparrow, and the plum tree with a nightingale. But perhaps closer in price bracket is the Seiko Pressage series which is available with enamel dials, or as urushi dial.

The case is also 42mm, and in stainless steel. The black lacquer dial is made by Isshu Tamuraalso an urushi master. Master Tamura works in the city of Kanazawa, Ishikawa Prefecture. Chopard has elected to work with the house of Yamada Heiando who are the official purveyor to the Japanese imperial family.

The dials are deigned by Master Kilchiro Masumura who also supervised the creation of all the dials. The dials are executed by Master Minori Koizumi. The difference between the Chopard piece is that the urushi is used to create a picture with the monkey motif, instead of a geometric pattern in the Ryuga. We found the urushi dial to be extremely intriguing. The author met Master Gido in Tokyo in an earlier personal trip, and is impressed with the quiet demeanor of this great artist.

We will carry a detailed article to show how the Ryuga dial is manufactured soon. The dial is truly magnificent, and a work of art. In our eyes, the aesthetics of the Ryuga is beautiful, and a nice play of the elegant with the traditional in a contemporary design.

And we applaud Citizen for being serious enough to embark on this Campanola journey, and look forward to more interesting and artistic products. 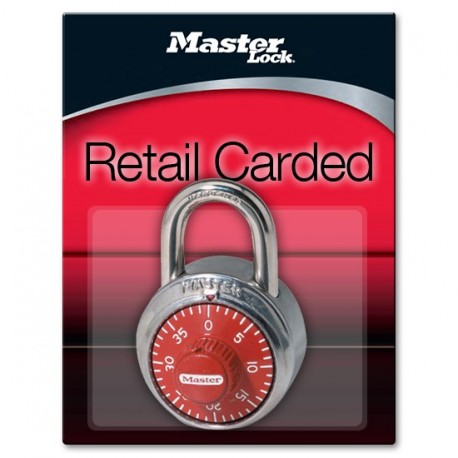 Most popular posts of Six Watches for the Last Purchase offrom Blancpain Fifty Fathoms in titanium.